A native of Georgetown, Kentucky and a former prep star at Scott County High School, Hamilton spent the 2017-18 season as an assistant coach under Kevin Keatts at North Carolina State University. He helped lead the Wolfpack to the NCAA Tournament with a 21-12 record, including wins over No. 2 Arizona, No. 2 Duke and No. 10 North Carolina.

Before joining Keatts in Raleigh, Hamilton was the head coach of one of the top prep basketball programs in the country, Hargrave Military Academy, from 2011 to 2017. Hargrave reached unprecedented levels of success during Hamilton’s six-year tenure, compiling a record of 237-22, averaging 40 wins per season and winning the 2016 National Prep Championship.

Hamilton established his brand quickly, “Most Exciting 40 Minutes in Sports,” or the modern day “40 Minutes of Hell.” A.W. took the Colonel program to a new level very quickly, in his home opener he broke a decade long attendance record in a game vs his alma mater Marshall University with a fan attendance of 5,189. Hamilton's first collegiate win came on November 10, 2018 at UT-Chattanooga behind Nick Mayo's 40 point performance to top the Moc's 81–78. Hamilton's brand, “Most Exciting 40 Minutes in Sports” became a national headline when his team scored an Ohio Valley Conference record 87 points in a half, and an EKU record 145 points in a game on December 29, 2018 vs Brescia College. It only took A.W. Hamilton 14 games to shatter this record. On February 16, 2018, Hamilton shattered his own attendance record in their game vs Murray State with 5,640 fans. In his first year in charge, Hamilton's “Most Exciting 40 Minutes in Sports” gained national attention. His team ranked 2nd according to KenPom in the NCAA Division I in Tempo/Pace, Forced Turnovers (18.2), Steals Per Game (10.2), and 13th in Scoring. EKU averaged 82.7 Points Per Game during the 2018-19 Campaign, the most points averaged by a Colonel team since 1987. "Most Exciting 40 Minutes in Sports" helped create new records for EKU in his first season in charge.

In his second season A.W. Hamilton raised the bar another level in Richmond. Sophomore guard, Jomaru Brown, scored 41 points vs Western Kentucky University on November 15, 2018 setting an Alumni Coliseum record for most points scored by an EKU player. Hamilton's Colonels jumped out to a 9–2 start in OVC play, the best start since 1978-79 (41 years) by an EKU team; during the stretch the Colonels won 6 straight games, the most consecutive wins in conference since the 2007 season. The Colonels would finish up conference play 12-6 and secure a 4th seed in the OVC tournament, the first tournament appearance since 2014, and would make it all the way to the semi-finals. Hamilton installed a fast-paced offense and pressure defense that saw the Colonels rank 5th in the NCAA Division I in Forced Turnovers (18.3), 7th in Steals Per Game (9.3) and 10th in Turnover Margin (+4.3) in the 2019–2020 season. Because of his continued success at EKU, Hamilton was named OVC Coach of the Year by his peers and National Association of Basketball Coaches (NABC) District 18 Coach of the Year, the first coach at Eastern Kentucky University to win this award.

COVID-19 pandemic may have slowed down the majority of the country but it sure didn't slow down Hamilton's Colonels. They started off the 2020–21 season hot with a 6-1 non-conference record, the highest non-conference winning percentage since 1948-49 (72 years). After 16 games into the season the Colonels had tallied 14 wins and only 2 losses, the best start since 1946-47 (74 years), including a 7–1 start in OVC play, the best start to conference play since 1964-65 (56 years). The record books at EKU would continue to be rewritten by Hamilton during the season. His team tied an OVC Record and set an EKU record when they drained 20 3-pointers vs UT-Martin on January 21, 2021, scoring 113 points in their 113–73 win, which is the most points vs an OVC opponent since 1988 (33 years). But the “Most Exciting 40 Minutes in Sports” wasn't done there, Hamilton broke another EKU record when he tallied 15 Ohio Valley Conference wins (2 more wins than the previous record), when the Colonels downed Belmont on February 25, 2021. Belmont was ranked #27 by the AP Poll and #2 in the Mid-Major Poll, the win also put Belmont's 30 game OVC winning streak to a halt. The 2020-21 Colonels behind Hamilton's lead broke records upon records during the year. Their 22–7 record will go down as the highest winning percentage since the 1964–65 season (56 years ago), 22 wins marks the 3rd most in program history and only the 11th time in program history hitting the 20 win mark. It was the first time since the 1979 season EKU finished with single digit losses. The 76% winning percentage ranked first amongst all Division 1 programs in the State of Kentucky (Morehead 74%, WKU 72%, Louisville 65%, Bellarmine 64%, NKU 56%, Murray State 50% and Kentucky 36%). EKU ranked as high as #12 in the Mid Major top 25. Hamilton was named a finalist for the Hugh Durham Award given to the top Mid-Major Coach in College Basketball.

The Most Exciting 40 Minutes In Sports Ranked in top 50 nationally in 14 categories: 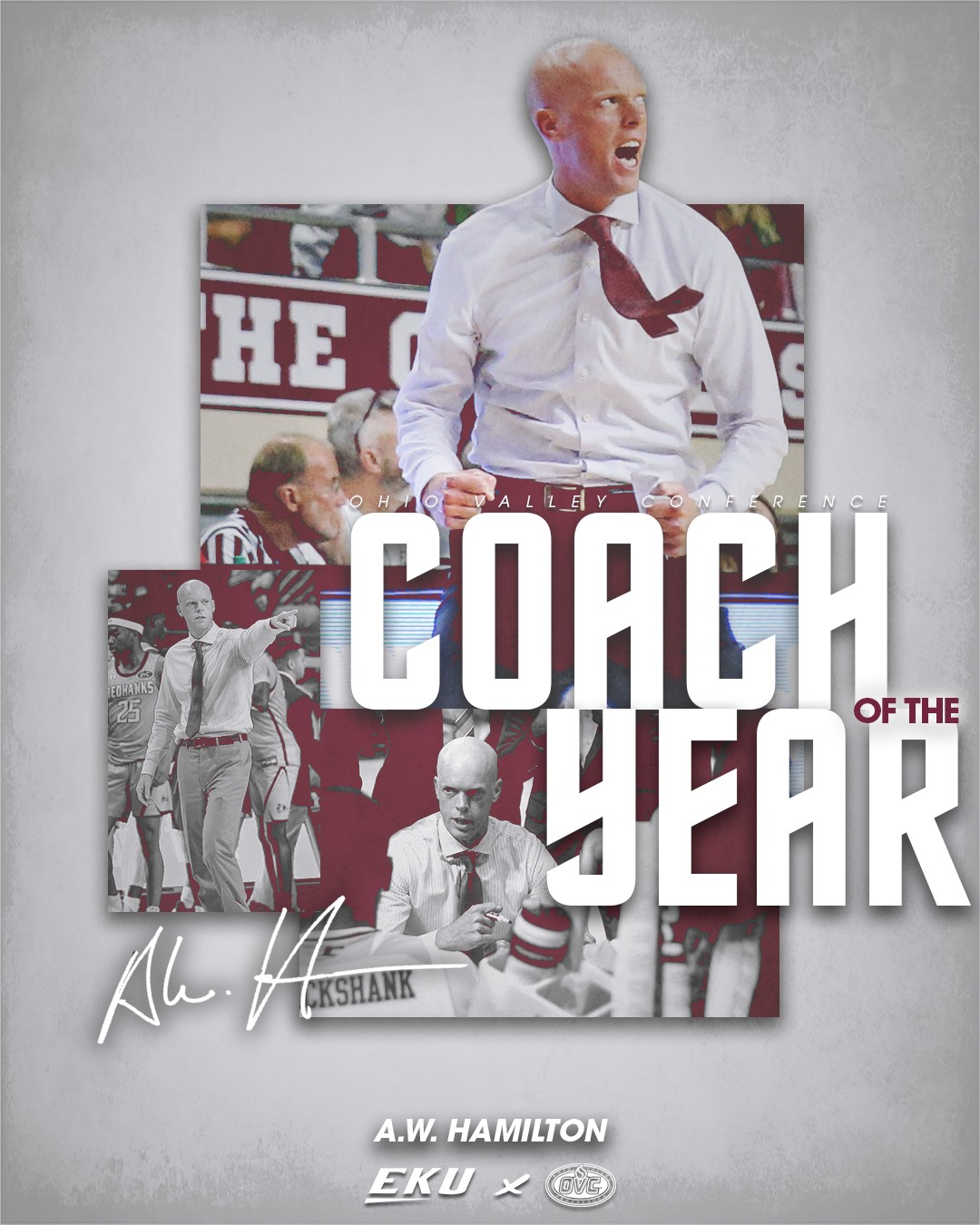 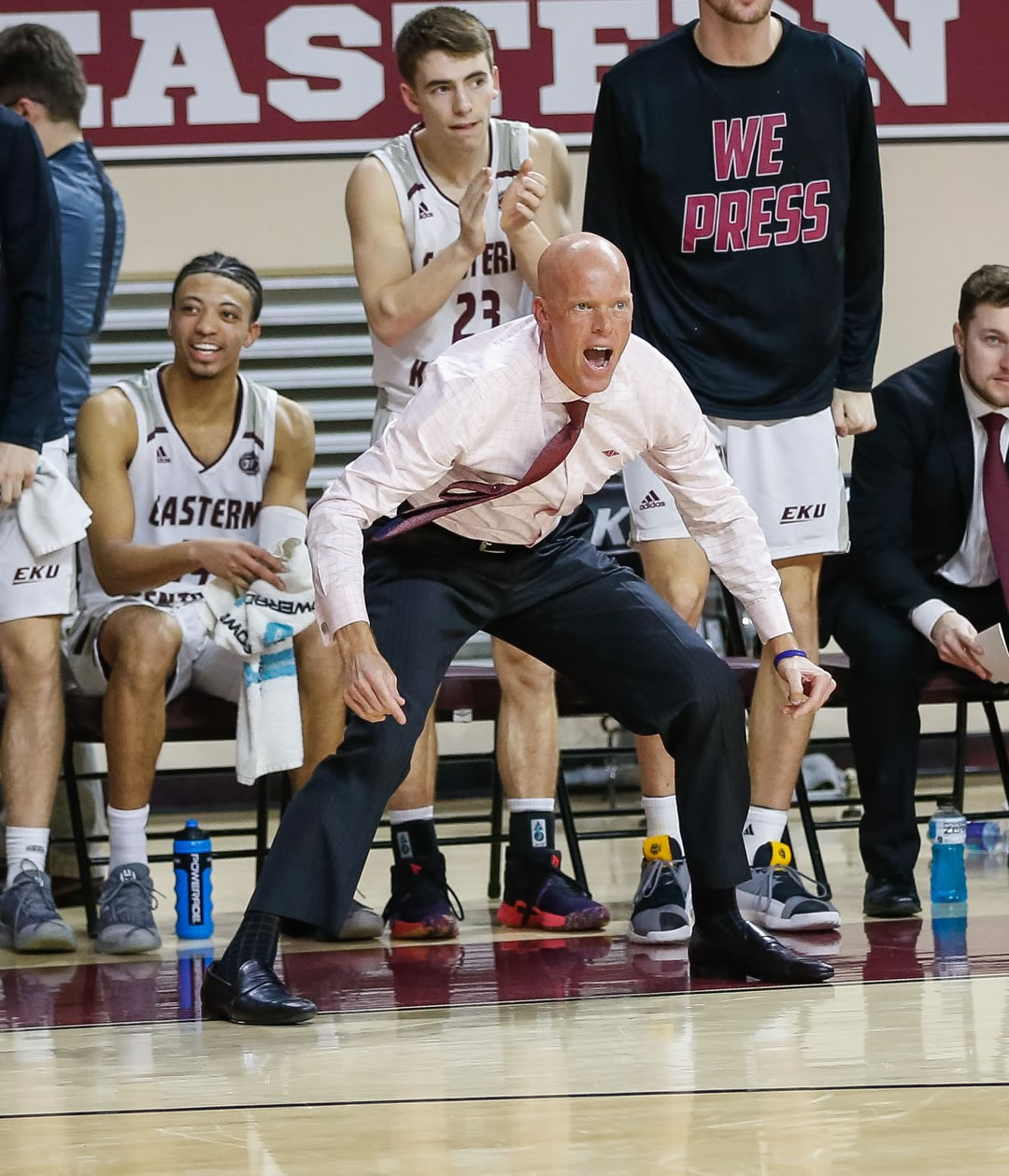 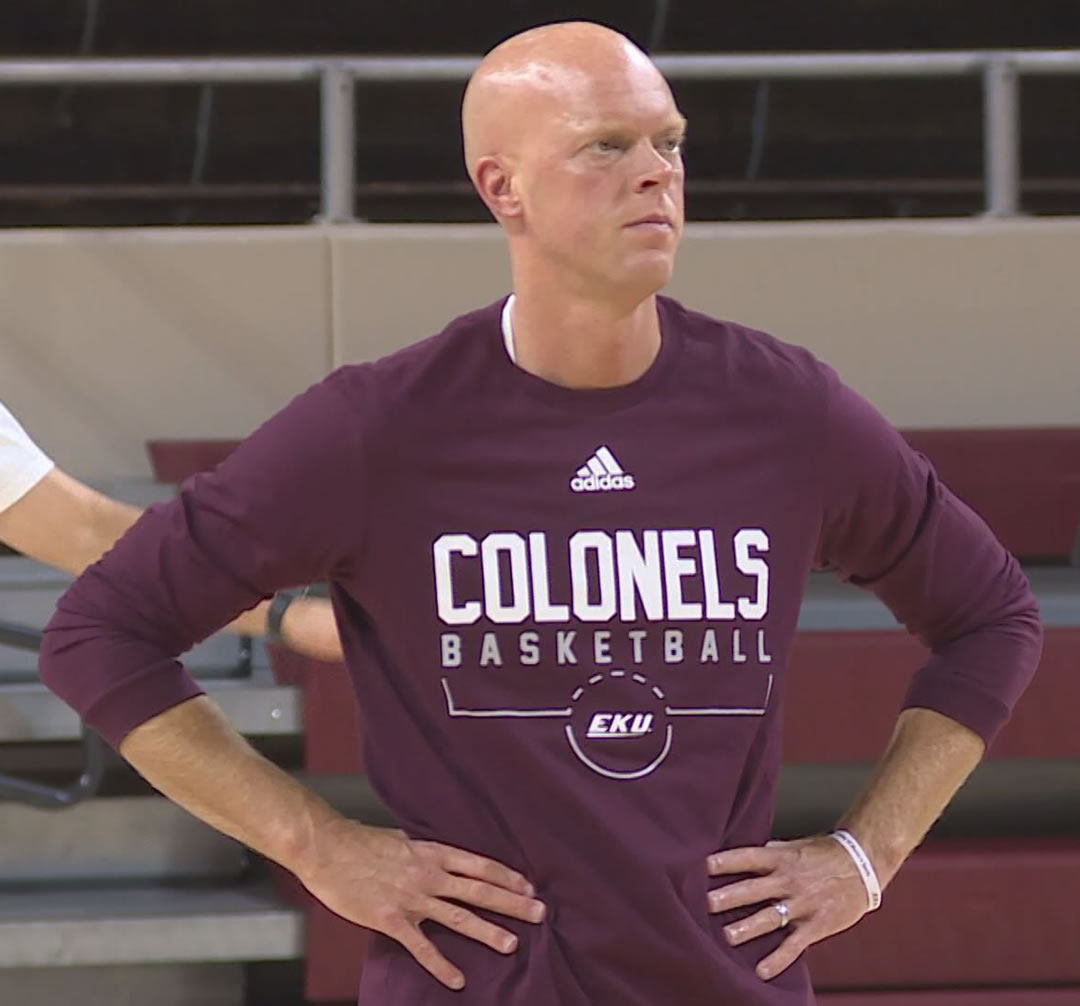 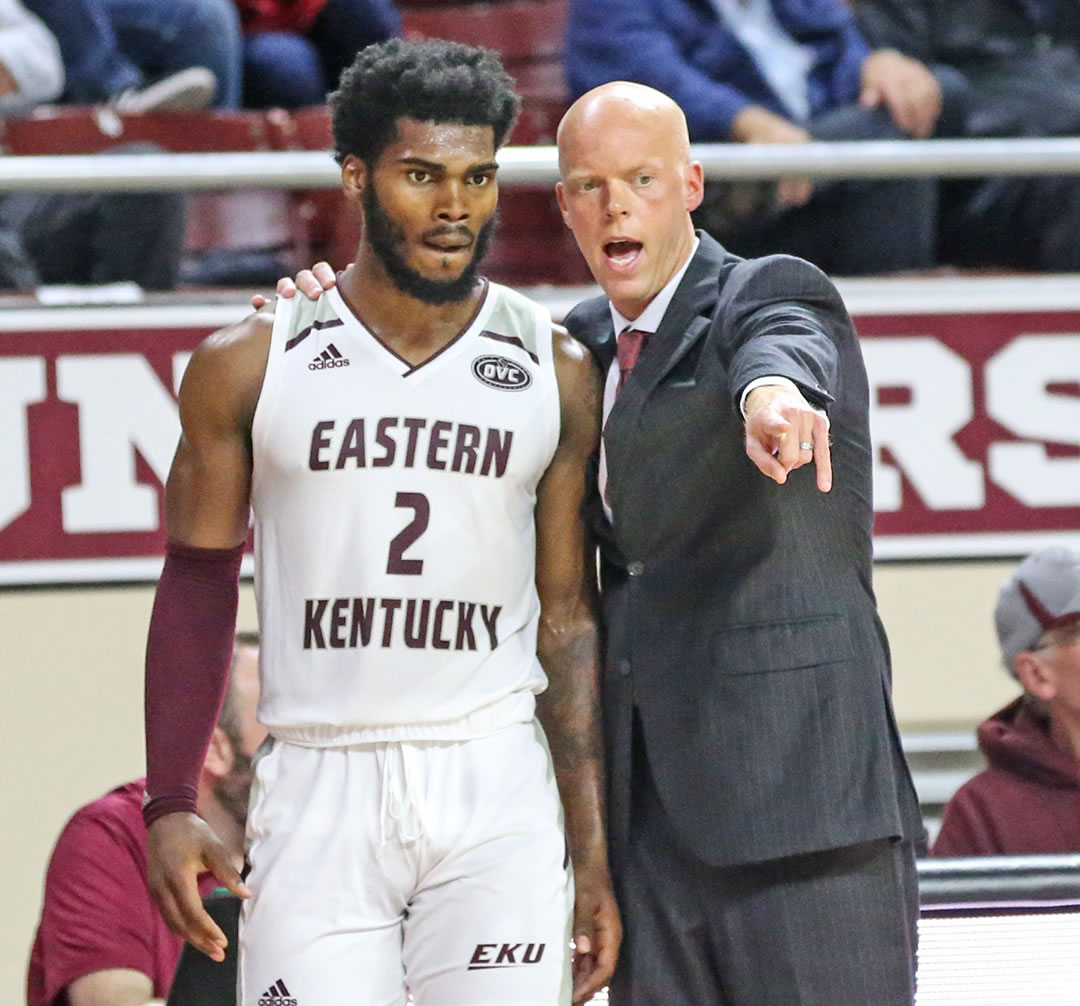